Looking to Visit the Wizarding World of Harry Potter?

When you first walk into the Wizarding World of Harry Potter theme park at both locations of Universal Studios you will be amazed. Not only because it is just super cool but because you will feel how Harry felt when he first saw Hogwarts. The attention to detail is just incredible and nothing was left out. From snow crested roof tops to butter beer, this is an experience like no other. From picking out your wand at Ollivander’s to Escaping Gringotts, this place has everything a Harry Potter fanatic will adore. 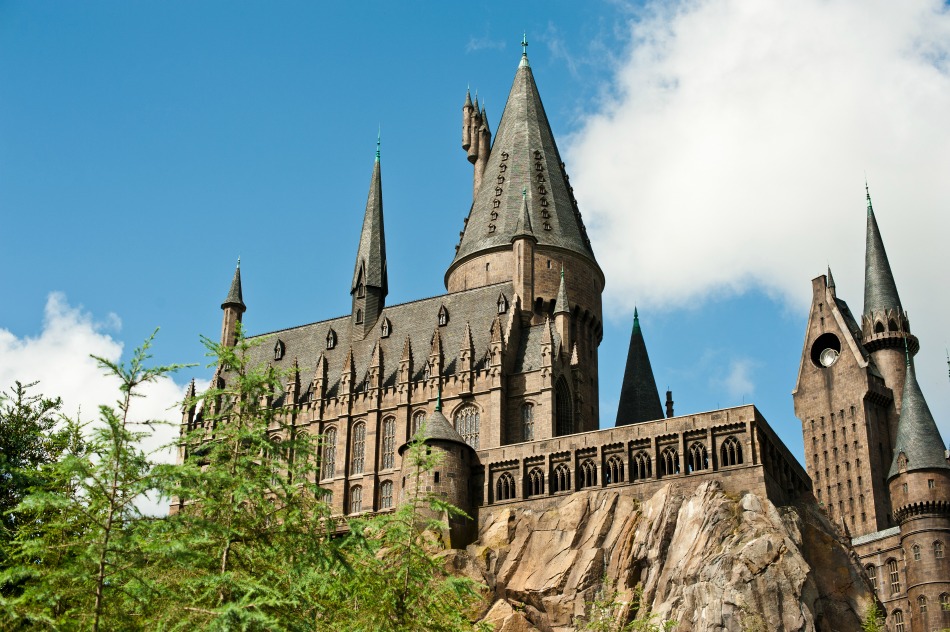 One activity that is really cool in the Wizarding World of Harry Potter after you pick out your wand at Ollivander’s. If you have one of the special interactive ones you will be able to go around and perform “spells” throughout the park. You will know which ones they are on the map. But, just like magic, not everything is as it seems. There are hidden spell places that will take you off of the beaten path and show you a world you didn’t know existed. Just be careful, you never know when “he who must not be named” will show up.

The ceremony at the Wizarding World of Harry Potter is a short show where one person from the audience is chosen to try out different wands. It’s a mimic of the wand choosing ceremony from the actual Harry Potter books. Afterwards, you are free to browse Ollivander’s to find your own wand. Both Hogsmeade and Diagon Alley have the wand shop, but only Diagon does the ceremony. Another great tip is if you have a child that wants to do it, try to watch the line and go in with a group of adults. They lean more to picking out children but the more kids there are, the less likely yours will be picked. Another great way to stack the odds in your favor is to have your child dress up like their favorite character.

Everyone remembers the iconic Deathly Hallows scene where Harry, Ron and Hermione This ride takes that and puts you right in the action of the escape. You’ll have to break in, and out, and avoid dragons as well as death eaters. Escape from Gringotts is found only at Diagon Alley. This was one of my favorite rides because they animatronics was amazing.

This fast paced roller coaster is located in Hogsmeade. It’s two different coasters on separate tracks that race against each other. Fashioned after the theme of the first challenge for the Triwizard tournament, be prepared to ride on either a Chinese Fireball or a Hungarian Horntail.

Hogwarts and the Forbidden Journey

We’ve all wondered what’s it’s like to ride on a broomstick, right? Well, in Hogwarts and the Forbidden Journey you get to experience just that. What starts as a late night sneak out to play quidditch turns into a flight through the forbidden forest. The ride queue for this one is uniquely special considering you get to walk through Hogwarts. The Forbidden Journey is in Hogsmeade and is one of the longest waits due to being popular. Also, if you have someone with you that has anxiety, heart problems, or is afraid of high paced rides, you may want to gently suggest they sit this one out. It can be very intense.

Okay, so this isn’t really a ride you would expect. It’s a relaxing train ride that shows a different story from the two different destinations. You sit in a carriage car much like the Hogwarts Students did at the beginning of each school year. It’s a great way to have a few minutes to yourself to relax. You board the train at King’s Cross station which is located at both Diagon Alley and Hogsmeade. Make sure you ride it both ways because the story is different each way.

So, there you have it. Whether you’re looking for thrills, a relaxing ride, or something fun to watch, Universal Orlando has it all.

Make sure to check out our other travel articles such as:

Top 10 Reasons to Stay at an Orlando Villa

Going to Disney on a Budget