My daughter absolutely LOVES story time. She brings me books all the time to read or asks to listen to a story on her little tablet. As a mother of three, I find it hard at times to be able to read to her as often as SHE would like. We have fallen in love with Bluebee Pals. I have to admit, I am a little jealous of the time she would rather spend listening to her Bluebee Pal lamb instead of asking me to read. Bluebee Pals are so incredibly snuggly and adorable so I do not blame her at ALL! 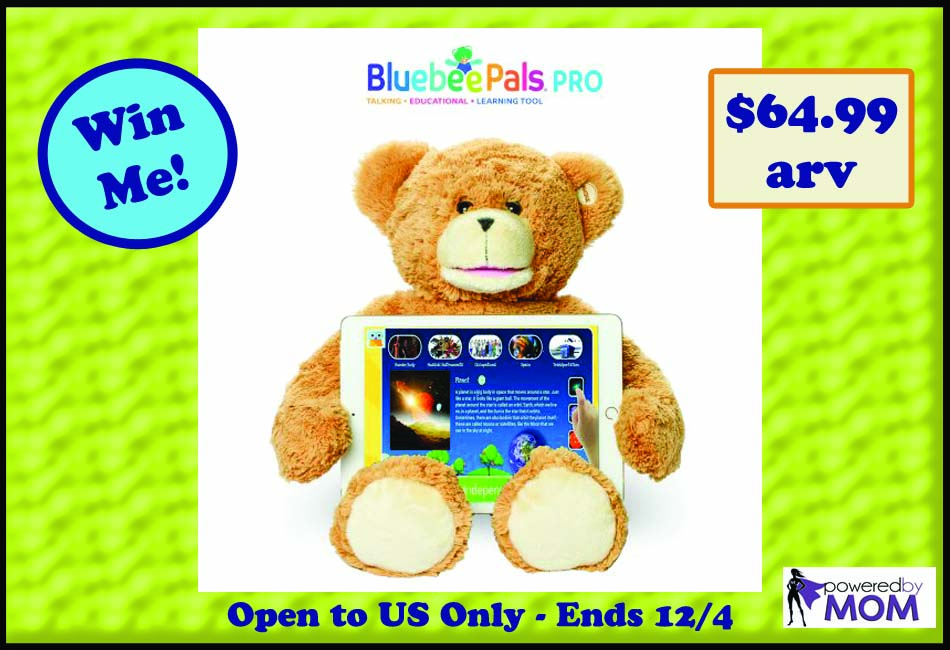 Bluebee Pals has found a way to incorporate technology with interactive play and comfort. Imagine your little one sitting with a tablet in hand listening to a story. Now, imagine seeing them snuggled up with a soft, fluffy stuffed animal that reads the same story to them. While snuggling up, watching the Bluebee Pals mouth move is sure to bring the story to life and fill your little one with laughs and memories with their pal!

Bluebee Pals is a stuffed animal with an embedded blue tooth enabled speaker. The animal recharges simply by plugging a USB into the port in the back of the Bluebee Pals. Simply turn blue tooth on any phone or tablet and pair the Bluebee Pal. From there the choices are endless! It works just like a blue tooth speaker. Turn on music and watch them dance as Bluebee Pal sings to them.

Make sure you order your Bluebee Pal today for that special little one in your life!

Here is your chance to win Sammy the Bear by Bluebee Pals.

Open to residents of US. 18 years of age and older.

Amy is a wife and mother of three. Amy and her husband have been foster parents for several years and have adopted all three of their children, ages 17, 13, and 7.

She loves to travel, spend time with her family, attend church, and drink coffee.... lots of coffee! Amy continues to share her stories, life and more on her site, My Four and More

Raspberry Chocolate Bread Pudding made in a baguet