Snoopy is apart of every holiday as he should be, he’s just too cute. You can see him here as the Easter Beagle, and get a basket full of candy! 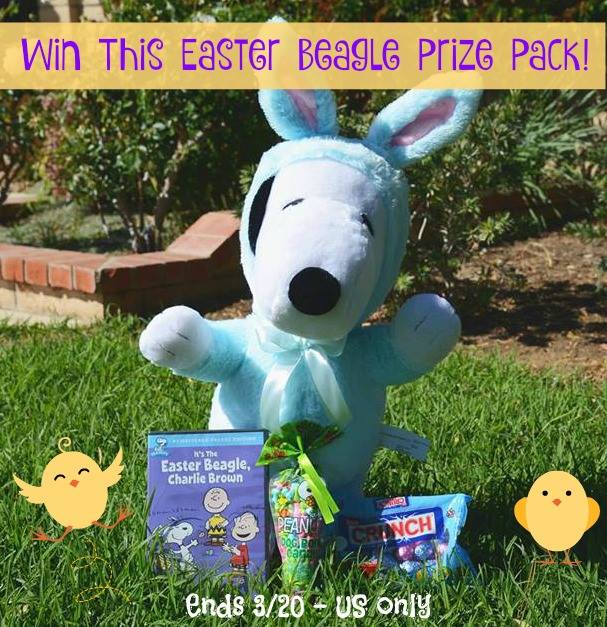 Warm weather is already starting to show it’s sun-kissed temperatures around here. That means that Spring is just around the corner. It also means we’ll soon be treated to the appearance of daffodils, cherry blossoms—and the Easter Beagle! Yes, our favorite chameleon beagle will be happily hopping from yard to yard, beagle-ears flapping, delivering brightly colored Easter eggs (and a beagle kiss or two) from his Easter basket. Here are some fun facts about the history of the Easter Beagle*:

From Comics to TV – A Star is Born!

Want that cute Easter Beagle in your Easter basket this year? Here is how you can make it happen and what you will win!

Here is how to enter:

Simply follow the Rafflecopter entry form below for your chance to win. Be sure to return tomorrow to complete the daily entries!
Giveaway is open to US Residents, ages 18+ years of age (limited to one entrant per household).
The giveaway ends on 03/20/16 at 11:59pm (ET)

Oh me oh my it's September already! The fall 🍁

If you’re planning a visit to British Columbia (

Adopting A Rescue Dog: What To Expect The First Se

My husband just shared this photo📲 with me of a