*I’ve updated the content here to include a smoothie recipe as a meal replacement and one as a supplement. I did this because for my daughter these smoothies are a supplement to what she already eats. She’s tiny and can use the extra weight however for me it’s 1) for a blast of energy & 2) as a meal replacement or snack. I’ve also included a few more ingredients that I picked up from Dr. Oz and I have included a link to the Dr. Oz show where he and Montel Williams talk about Montel’s health changing smoothie. You’ll see the ingredients are ever so similar to mine below 🙂

Here is the finished smoothie with mixed berries

Here’s the link to the Dr. Oz show with Montel Williams where he talks about how he starts his day with his Super Energy Smoothie. Notice a similarity in the ingredients :). Mine has even more ingredients to get even more antioxidants.

Seriously I have to trick my daughter Sian in to eating spinach, she’s a picky eater and for anyone who has met her she’s very petite for her age and doesn’t have any fat to spare. So for example this week when she got the stomach flu and couldn’t eat the last few days I actually worry about her losing weight. Fortunately she does like some veggies carrots, broccoli, corn etc.. but she doesn’t eat a lot at once and there’s so much she doesn’t like to eat. Quite the challenge for her dad and I who are foodies we love so many things mind you my husband had to grow in to that too, he didn’t have much choice when we started living together and I was used to a plethora of different ethnic cuisines whether I was cooking them or we went out.

My latest go at getting some spinach and other great things like that in to Sian – fruit smoothies at least that’s what I call them when telling her what it is. I’ve been drinking protein shakes for quite a while and found the right protein powder that had the quality ingredients and a flavour I actually liked because so many of them I just didn’t care for even the ones without any flavour. A friend of mine whose passion is nutrition suggested the following to me with the “smoothies”. I suggest putting in all powders first in to a blender as it helps it blend better. I learned the hard way that putting any powders like the protein powder in last or in the middle, it just doesn’t mix as well.

If you’re using the chia seeds you’re getting an amazing amount of Omega 3s and don’t ahve to put in the flax seeds but if you do you’re just getting that much more. One thing though chia seeds if left for a bit in the smoothie actually thicken it up so if anyone in your family doesn’t like the shakes thick use minimal amounts, have them drink it right away or just add more blueberries and flax seed and leave the chia seeds out.

Last steps would be the frozen fruit and almond milk 🙂


For those just wanting to improve their nutrition, add more antioxidants in to their daily life and for a surge of energy naturally. You can follow the ingredient list above and more banana if you want and instead of almond milk you can use whole or 2% milk. I use whole milk for my daughter as she needs it & 2% for my husband as he doesn’t need as much fat but still needs his calcium.


Result – One fun colour – I added a lot of blueberries or mixed berriesto cover the green colour of the spinach and kale but told my daughter the colour doesn’t matter taste it. Well she liked it the banana really covers everything although surprisingly enough you don’t taste the spinach and kale. Sian drank a cup which is amazing for her now don’t get me wrong she doesn’t ask me to make it for her, it’s a not a favourite but neither does she wrinkle her nose and go yuck as you really mostly taste the banana. So as long as your child likes bananas this is a great way to get spinach, kale and so many other good things in them without them knowing. I even gave it to my husband who can be funny about things sometimes but he’s used to my shakes. The first time I gave him the spinach/kale version along with Sian I didn’t tell him either what was in it, he’s used to the funky colours of the shakes just from the blueberries and bananas. I asked him how he liked it and he said he did then I told him what was in it 🙂

So what do you do to get some great nutrition in to your picky eaters? I’d love to hear as I’m always looking for new ways to get Sian to eat food that is good for her but meets her palate requirements. 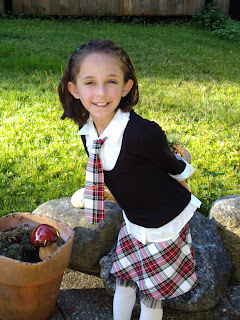 Greek Island of Kefalonia-Island of Dreams »

Just in time for National BBQ Month 🍗 these Chi

I can't believe I haven't shared this Coconut Moch

🌸🌻Wow it's already the month of May and we'r

#Dandelions get such a bad rap. Years ago they wer

It's that time of the year where the flowers are s